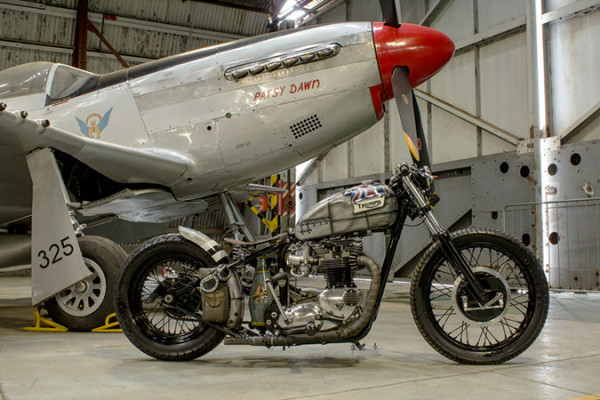 When I first got into the vintage motorcycle scene, it was suprising to find out how many pilots owned and rode old motorcycles. Flying a Jumbo jet all over the world or performing impossible manoeuvres in a Pitts Special with South Africa’s elite stunt flying team are far removed from riding a basic vintage motorcycle at a maximum speed of 80km/h. Yet there the pilots were, as passionate about these sedate machines as they were about the state of the art aeroplanes that they flew for a living or as a hobby.

For whatever reasons, throughout the history of motorcycling, pilots have been motorcyclists. Many of the WWII pilots, together with other military veterans returning after the war, found themselves uncomfortable with the routine of civilian life. To satisfy their need for adventure they bought ex army motorcycles, which they stripped down to increase performance. Mudguards were cut or “bobbed”. If it wasn’t for these pilots and soldiers the “bobber” style of motorcycle may never have been born. 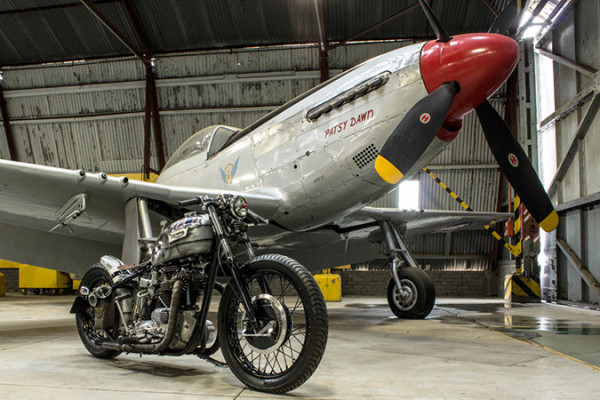 “Bombshell Bonnie” pays tribute to the planes and pilots of WWII who played such a crucial part in creating those first bobbers. This Triumph bobber has the tank painted like the fuselage of a fighter aircraft, rivets and all. The Union Jack is a clear indication that the bike is British and the Iron Crosses indicate the number of German machines, probably BMWs, destroyed in battle. 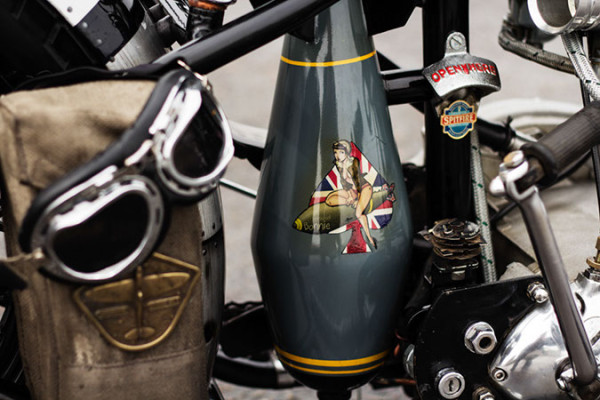 The concept, design and building of this outstanding motorcycle were executed by brothers Don and Marchum together with their stepfather Ginger. It was a Friday evening project. Every Friday the three guys would get together over a few beers and do some work on the build. Some Fridays saw more beers being consumed than building as the three just sat and stared at the bike, discussing the next part of the build. Needless to say the project took a lot longer than planned. It was well worth the wait. 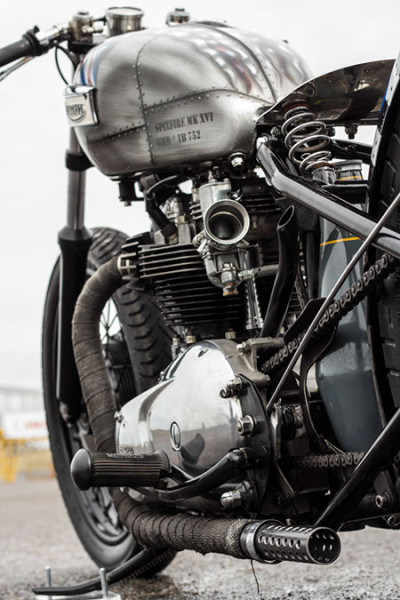 The bike was originally a 1970 model Triumph Bonneville 650cc. The previous owner had turned it into a chopper but had lost interest and the bike had stood for years. The motorcycle was rebuilt from the ground up. The bolt on rigid tail section was bought on eBay in the USA. The motor was completely rebuilt. The wheels were powder coated black and other parts like the fork legs and brakes also got the black treatment. This was not going to be a bling custom. 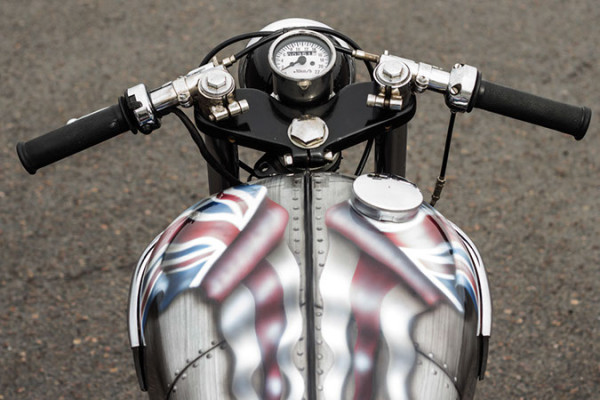 The airbrush work on the tank makes this motorcycle. Without it many of the other custom elements would not make sense. The artwork on the tank establishes the fighter plane theme. This sprayjob was a Bid or Buy deal and worked out very reasonably. 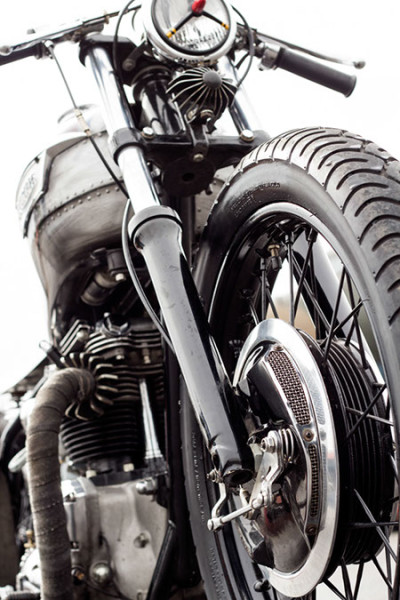 Don fabricated the oiltank in the shape of a bomb. He also made the machine gun barrel lookalike exhaust ends. The rear mudguard is fibreglass, which they formed off the back tyre. 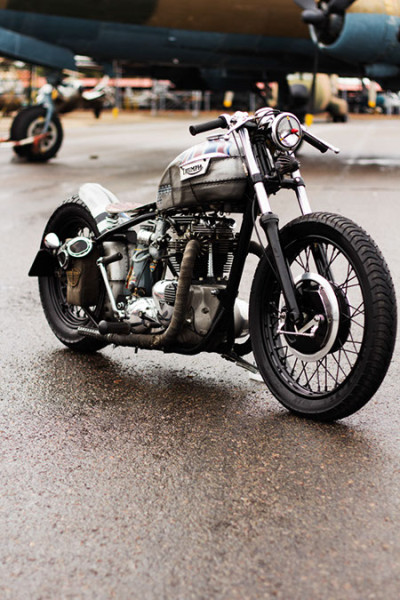 Clip on handlebars are fitted which always looks more aggressive. The small headlight was imported from England. The propeller on the headlight, ammo pouch and goggles are finishing touches to the theme. The bottle opener is obviously fitted for more practical reasons. 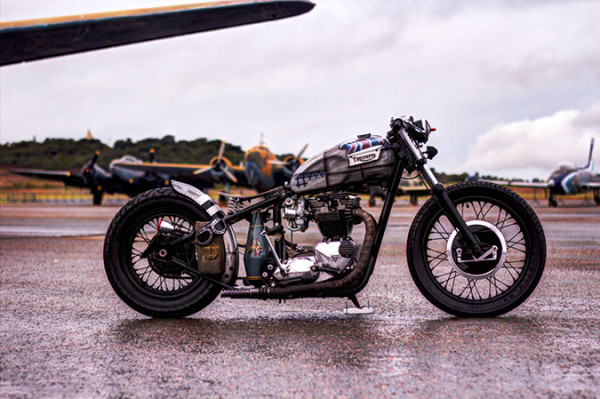 When we asked Don if we could shoot (excuse the pun) the bobber, he asked if we could photograph the motorcycle in a hangar to compliment the theme. The very kind folks at the South African Air Force Museum gave us full access to take the photos of Bombshell Bonnie in her natural environment.
By retrowriteup| 2013-04-22T22:33:46+00:00 April 22nd, 2013|Categories: Articles|6 Comments