Our featured motorcycle is the first “desert sled” styled build to be featured on Retro Write Up. We are sure that many of you have never before heard of this type of motorcycle. We are also sure, now that you have seen this particular bike, that more desert sleds will soon grace our roads. 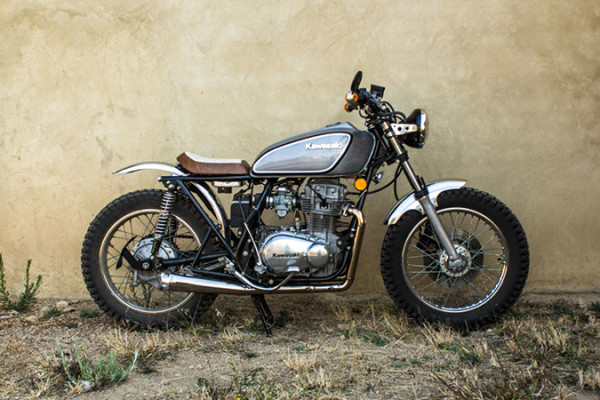 Desert sleds were the earliest form of enduro bikes. Indians and Harleys of the 1940s were the first motorcycles to be converted into desert sleds. Stripped of everything required for road use and fitted with bash plates, larger tanks and trials type tyres, these highly inappropriate, rigid machines were ridden on long desert rides by brave men seeking adventure. Finishing a long distance ride in one piece, without having a major crash or breakdown, was the goal of desert endurance riding. 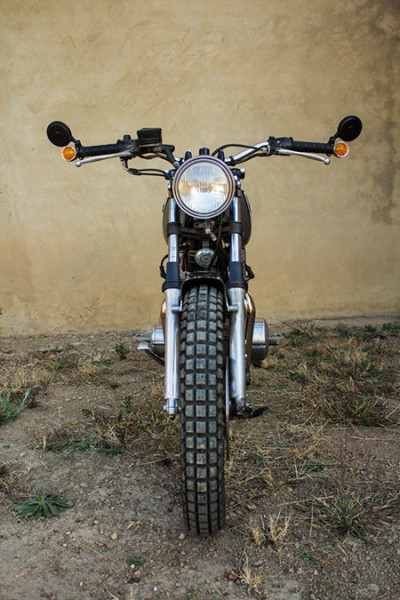 From the mid 1950s until the start of the 1970s, the British 650cc twin cylinder motorcycles were kings of the desert. These stripped down street motorcycles were modified and tuned to be reliable and fast, even though their suspensions were still far from adequate for desert conditions. An essential part of any rider’s equipment remained a tow rope. The men who rode these original desert sleds were an eccentric bunch and the appearance of their motorcycles was often an extension of their individuality. Carrying  a four leaf clover or St Christopher medallion was as important to these riders as carrying a spare set of spark plugs. The two stroke, purpose built off road motorcycles made the desert sleds redundant in the 1970s. Nevertheless, there are die hards who insist on still riding their sleds in modern desert events. 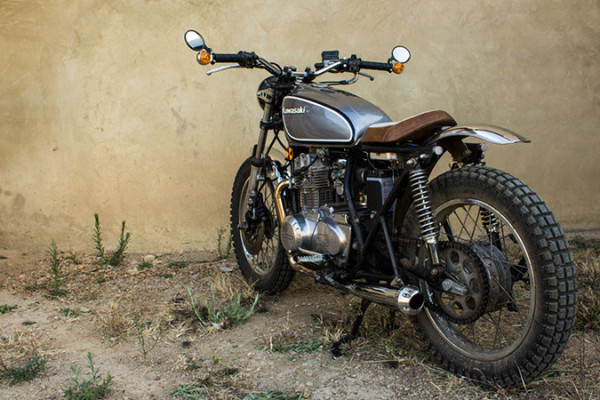 Barry, who built the Yamaha SR500 cafe racer that we featured recently, also built this Kawasaki KZ400 based street legal desert sled. To fully appreciate how much Barry has changed the character of the motorcycle, you need to go and look at an original KZ400. Kawasaki produced the KZ400 as a basic commuter from 1974 until 1982. Although also built in Japan, it was the first foreign motorcycle to be built in a plant on American soil. The KZ400 twin outsold Honda’s twins throughout the ’70s and by 1982, 220 000 units had been sold. This KZ400 desert sled shows none of its commuter roots. At a recent CROSA event, I watched people’s response to this motorcycle. By the smiles its rugged good looks and retro charm generated, I would say it is a big hit.

Although this KZ’s look and personality have been transformed, Barry  says it was an easier build than the SR500 cafe racer. A chromeplated front mudguard was used as the rear mudguard and the front mudguard has been shortened. Similar tyres are fitted on both the original wheels. Rugged looks do not mean rough finish. The two tone seat is a beauty and the tank is another fine example from Kicker paint and cycles. The retention of the original Kawasaki tank badges add to the old school desert sled image. The exhaust note emitted from the dual Stealth exhausts is musical. 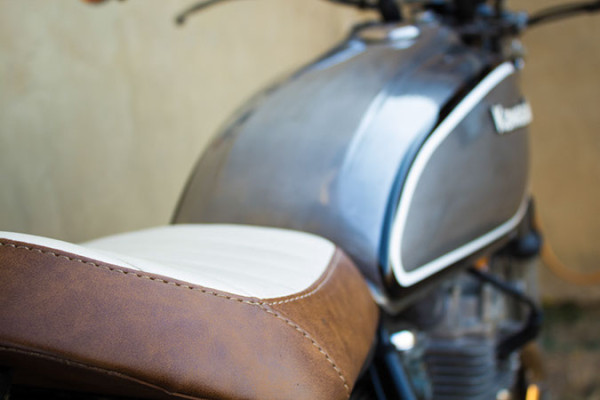 This desert sled is used on the road. The front view shows how the clever useage of bar-end mirrors and indicators make the roadworthiness of the KZ400 stylish yet inconspicuous. The tiny tail lights and side mount for the number plate cleverly enhance the off road image of the desert sled. 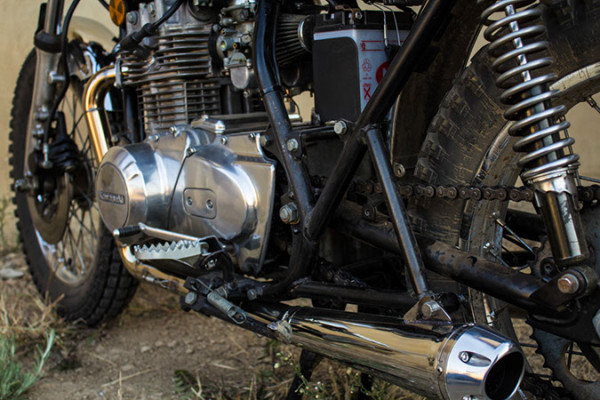 Barry set out to capture the essence of a ’60s desert sled with this KZ400. He nailed it. This motorcycle looks like it wants to be ridden. We are sure it will attract many fans and hopefully influence many prospective builders to follow this style. 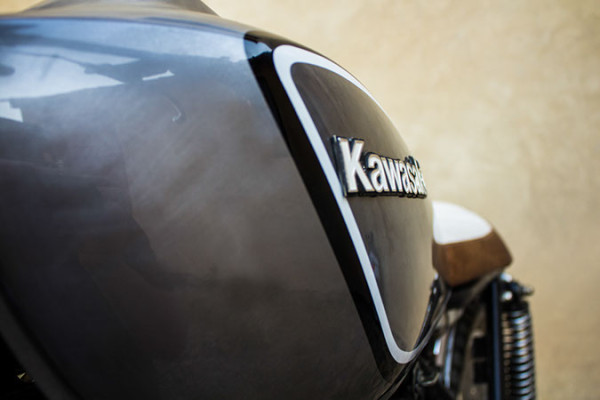