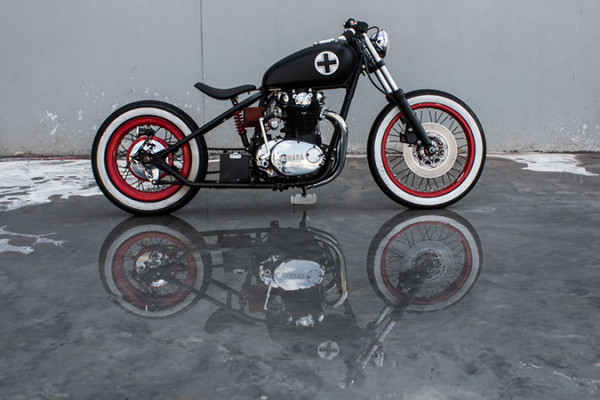 Because we call ourselves Retro Write Up, it does not mean that we live in the past, ignoring the fantastic motorcycles currently available. Since Honda’s revolutionary K0 750c of 1969, there have been better handling, better braking, better performing and generally better looking motorcycles produced every year. Nobody who truly suffers from the Two Wheeled Obsession Syndrome can deny the stunning lines of a MV Augusta Brutale 800, the technological wizardry of the 200hp superbikes like the BMW 1000RR or the distance devouring capabilities of a Suzuki Hayabusa. Yes, we admire all these cutting edge machines. We do however equally enjoy the simplicity of style and mechanicals of the more easily restored or customised motorcycles made before the mid 1980s. 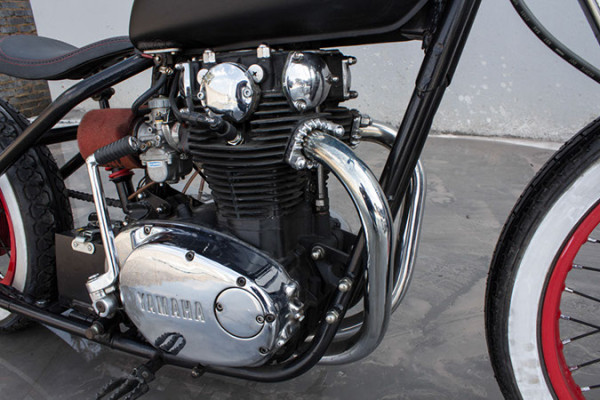 In recent times, with the aid of certain motorcycle customising series on Discovery Channel, the demand for ’70s and ’80s Japanese motorcycles has soared internationally. The South African market has realised the demand and prices have also rocketed. Prospective customisers or restorers are forking out big amounts of money for neglected, mechanically questionable rolling scrap without papers. Parts for these motorcycles are scarce and may cost what the already expensive motorcycle did. People’s dreams of building their ultimate retrobike or custom are often dashed before they even put air in the perished tyres. This frustrating international situation is a huge marketing opportunity for the Japanese manufacturers and leads us to the following question. Are the Japanese missing the whole retro point? 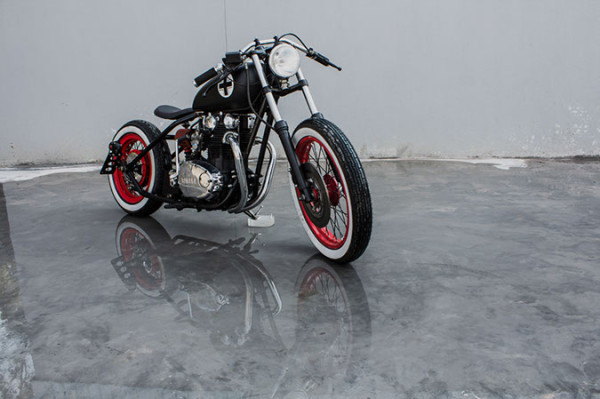 The Japanese seem unable to bring themselves to produce a motorcycle which meets the actual needs of the retro market. For example, if Honda produced an exact replica of the original K0 750 and sold it for under R50 000 they would not be able to keep up with the demand. They could then supply, ala Harley Davidson, a whole range of must have accessories to make the bike and its rider look ’70s fast. This would satisfy not only the needs of the amateur customiser but would also mean that the professional builder would have a proper donor motorcycle with which to work. Honda’s solution is the CB 1100; a motorcycle which does not actually look like any of their original models which are so in demand, rather an awkward mixture. Who would have thought that you could almost successfully graft the back end of a 900F petrol tank to the front end of a 750K tank. The CB 1100 handles and brakes better than the original models. It has good suspension and once all the emission control junk has been trashed, will out perform any of the original models. It costs R120 000. It is not a retro bike. Don’t misunderstand us. It is a very good modern motorcycle. It just is not what the market wants and will sell in small numbers and remain uncustomised. Kawasaki’s W800 is a wonderful looking retro take on the old BSA twins as well as their own ’60s 650cc. However the price of R110 000 is crazy even though all the finishes on the motorcycle are outstanding. A low spec model with very basic finishes at half the price would be every cafe racer builder’s dream. 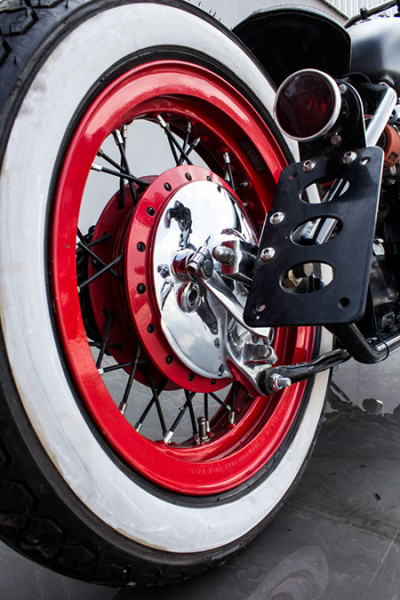 What has any of this got to do with our stunning featured bobber from OneOne Customs? A lot actually. Tiago from OneOne Customs, as mentioned in a previous article, likes building these Yamaha XS650 bobbers. They are the most customised Japanese motorcycle and are transformed into cafe racers, bobbers and choppers. They are also as scarce as hen’s teeth. If Yamaha could resist the temptation to produce a XS650 with superbike components and simply recreate their ’70s legend at the right price, it would be a winner in the market place. Who needs superbike rear suspension when you are going to replace it with a weld-on rigid and a mountain bike shock under the saddle. I know Tiago will agree! 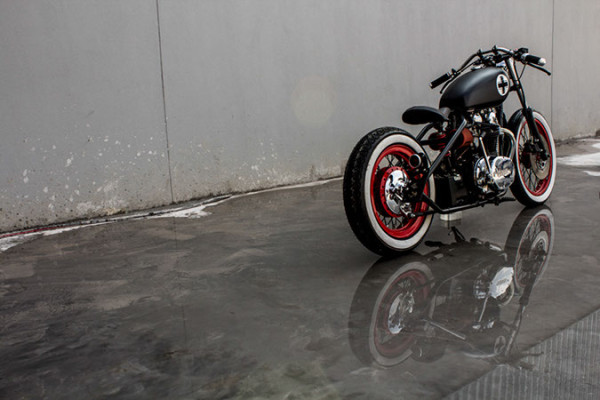 Perhaps we are naive. Perhaps emission control and all the other regulations of the 21st century prevent the Japanese manufacturers from reproducing their beloved and desired old models at a reasonable price. We really hope they see the light and find a way.
By retrowriteup| 2013-05-30T06:21:17+00:00 May 30th, 2013|Categories: Articles|3 Comments